The Challenge of the Utmost Kind - 1 Year On!

A year ago, on starting the Challenge of the Utmost Kind, I wrote:
j
"This is not meant to be a depressing year. The aim is for a certain shedding of non-essentials, but for a lot of fun and challenge and celebration of all things long-lived and handmade! I think it could be a great year..." 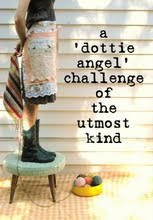 Lots of you have been asking how it's gone, and I've just collected up a montage of thrifty, long-lived and handmade items from the past year, to accompany my answer to you. 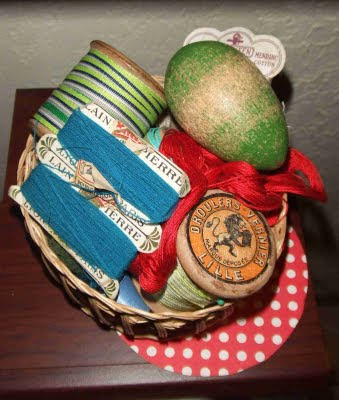 Was it hard? Not particularly! 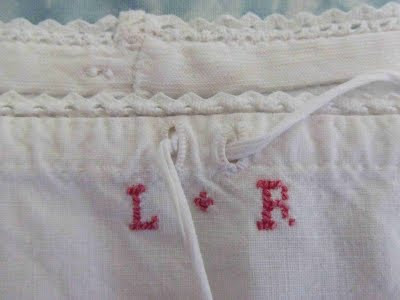 Did it make changes in your life? Yes, mostly very positive. I've found myself realising that the 'quick fix' of buying something when I feel low is quite ineffectual. I only ended up still low and with less money! Having to sit and wait for something, to decide if I really want it, and to search for it second hand, is fun and painless. 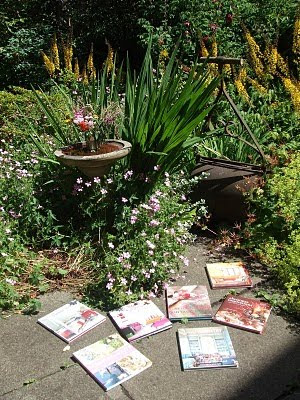 Have you felt deprived? No, although without the Magazine Swap, which we've held twice now, and without my wonderful birthday subscription for Country Living, I would have found it hard to live without magazines. 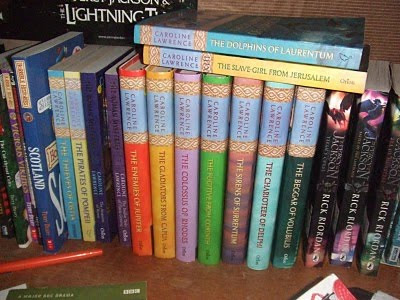 Has it worked for the boys, as well as for you? Yes and no. I never deprived them of something (although I used the Challenge as an excuse to get them to spend their own pocket money, instead of mine, once or twice!) You see above a whole set of Son 2's favourite books, collected by me and the wonderful Serenata, my fellow Challengee, in charity shops. Son 2's clothes are almost all second hand or hand-me-down, and he's happy, but Son 1 has shot up this year and I've had to buy him new clothes as teenaged clothes are very rare second hand. 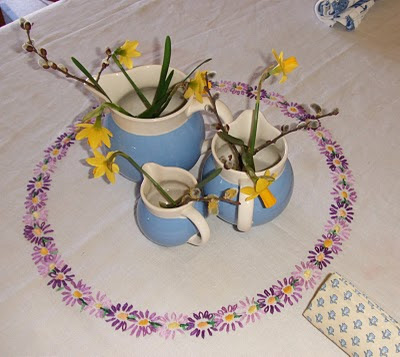 What did you cheat on? Well, as warned, the computer broke and we bought a new one. We broke so many glasses over the year that I bought 9 new ones!!! I also bought two kitchen knives when I was ill, as we just didn't seem to have enough and I hadn't the strength to wait and go charity shopping. I also did buy a fair number of presents new, although plenty of others were within the bounds of the Challenge. 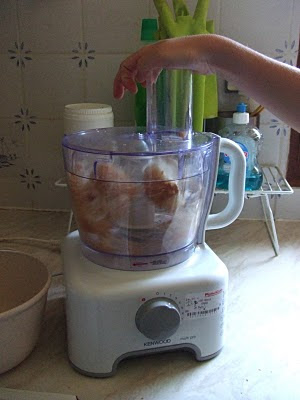 What practical goods did you manage to buy second hand or get fixed? The food processor, above, was a great find in a second hand shop. Of course, they're not cheap when second hand, but perhaps one third of the new price, which is pretty good. We also got the second hand dishwasher repaired rather than buying a new one, and Ben picked up a second hand washing machine from a colleague who was emigrating. 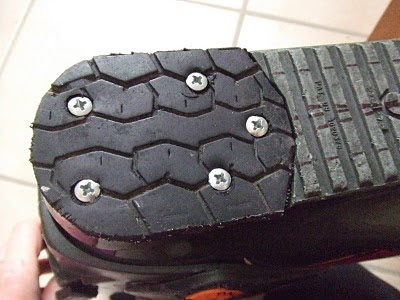 Did you make much? Well, yes, before Christmas - I made plenty of Christmas presents. Once I was ill, in January, February and onwards, I really lost the will to sew, and although I baked an awful lot, I made relatively little. That's perhaps not what I expected when I took on the Challenge, but it's not caused a real problem. I'm better now and hoping that the return of the cooler weather will re-motivate me with crafting! 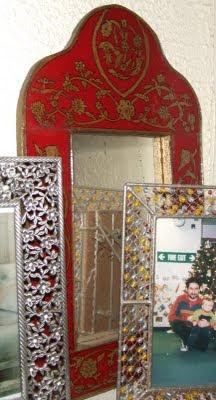 Have you been really looking forward to September 20th (the end of the Challenge year)? Not dramatically! I do want to buy some new undies and a matching pair of earrings, though. I've been wearing odd earrings for months now, as I lose them for a pastime. That can look fun at times, but not very professional... Will you continue? Yes but less fixedly. I have learnt a lot, gained time and saved money, had fun and made or deepened friendships. So I will certainly continue, but I won't panic if I really do need to buy something new. Well, there are the answers to actual or implied questions from my blogging friends! It only remains to thank Tif Fussell/Dottie Angel for this great idea, and to carry on, along with blogging friends around the world, in our different interpretations of the Challenge. I AM going to buy a pair of Cath Kidston cloth shoes next springtime, though... or maybe two pairs..?
Posted by Floss at 4:01 PM

I think you have done amazingly well and it has been interesting following you as you've been on this thrifted adventure.

Whilst I know I could never do the challenge in its entirerity (sp), I have been far more careful spending wise this year and shall continue like that for the longer term.

I've so enjoyed watching you complete this challenge...it's so much fun seeing what you found at a thrift store instead of buying it from a store!

Well Done you!Really interesting finding out how others have done! You did very well. My challenge continues until November and I'm actually finding a bit harder now as the season changes again.I think it will also have an effect now that others are completing their challenge! But I shall be strong and soldier on!
Thriftily
Rachel x

Well done on completing the year ! I would have struggled on the magazine front (Mr Lumb would have loved it) ..... whilst I have been unable to drive Mr Lumb has been doing all our shopping & has really curtailed my magazine addiction oh well I will be driving soon.Thank you for the magazine swap - I posted mine today.Kathryn x

Well done! I think that for people of my generation it might come more easily but for someone younger it must have been quite a steep learning curve so congratulations on getting there. I guess the idea is not to NEVER buy new but to give thought to what you actually need. Check out Cathy's (Menopausal Musing) post today as she mentions an interesting article on said topic.

You did so well and have inspired so many people. I have to applaud all the people who took part in this.

You've done so well with your challenge. Congratulations on finishing well!

Hooray for a most interesting year! I posted about mine yesterday. I feel very similar to your post and as I mentioned in mine, I am in desperate need of socks! I will say, I did miss magazines, I never buy many as they are always a special treat but, this year I kept myself away from the news stands so as not to be tempted. Congratulations fellow challenger!

I've really enjoyed the way you have summed up this challenge Floss and loved reading about your thoughts. I think you've done remarkably well. Mine runs until October, but I think I've slipped a few times...buying the fabric the other day and perhaps spending more money in CS than I would normally have.

Thank you for your summary of how the challenge went for you this past year. I may think about doing this starting in January 2011.
We do have some great 2nd hand stores in our area. It's such a great idea to always check their first before buying new.
♥ Joy

Congratulations on being faithful to the end, job well done.

Well done Floss! I agree with you, it's actually not that hard is it? You get used to not looking at things you can't have anyway and recycling and reusing makes you feel better about things. I love my new way of living and won't be changing. I will buy things I need but not frivilous purchases.

Thanks Floss, very inspiring. I love car boot sales and charity shops I think the buzz you get finding a bargain is much better than just shopping. Unfortunately it becomes addictive and it's ever so depressing when you have to pay full price for something you have to buy. But well done to you!

Well done Floss.
I think I share Sarah's point - that it is buying the frivolous stuff that is the problem. I can so easily convince myself that because it is from a charity shop it is OK - when actually it is not something I actually NEED to buy.
I am very impressed with your perseverance though.
And the magazine swap has been a benefit to LOTS of us!! thanks
Blessings xx

When you have to wait for things I find two things happen 1)I really appreciate the item and 2)I am shocked at just how expensive everyday things are.
How is it that for the cost of one bra I could get a couple of pairs of jeans?
Jane

Hi Floss
It's great to read different bloggers experiences of the Challenge and I love the way you organised yours - I think I should have read this before I wrote mine and I might have organised it in the same way you did!! Like you I'll continue to choose Used over New when we need something. Back when the going was tough, at about the 6 month point, I thought I'd be mad keen to go and buy new clothes once September arrived, but I've not wanted to and instead have rediscovered the pleasure of making my own clothes. It was a great experience, don't you think? And such a fab way to find out more about ourselves!
Congratulations, my fellow challenger!
Happy days to you,
D xx

Congratulations .. most interested and impressed that you have no real desire to buy now but you clearly do have a skill and live amongst beautiful 'finds'. Helen x
www.happinesskindled.blogspot.com

i didn't participated in the challenge, but i've found and followed some new, good blogger via it. and i have loved to read about your craftiness! and i think i've learnt a lot and probably changed a few things in my lifestyle as well. really truly great idea!!

Hi Floss and thanks for dropping by :). It's good to be back to your blog and see what you've been busy with. I hope you had a good summer too. It 's a great post with the details on the Challenge, I am absolutely amazed at your results especially taking into consideration the fact you have a family. I think you've done really well there and you managed to confirm once more that Less is More.