Z is for Zipping Around!

Well, I'm sure that by now most of you, like Seranata and Ang, realised that the next letter was going to be Z. I imagine you wondered what word I was going to choose, too - I had to think about it! But 'zipping around' seems to fit the next few years of my life pretty well. If you've been reading my little acrostic story of my life, you'll know that yesterday I left you with our prospective move from the folksy wilds of north Cumbria to the busy metropolis around Newcastle. 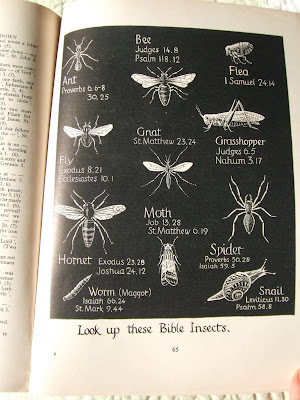 In what some might call bad timing, Ben and I decided that the year he started back full time as a PhD student would be a good year to have our first child. I was 26, which was the age my mum had been when I was born, and I was starting to make friends with women who had babies (all those young mums I mentioned) and there's no doubt about it - babies are catching. 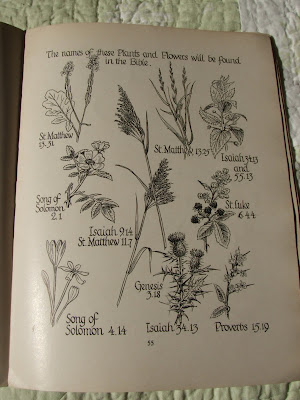 In fact it took a while before Son 1 came along (just after my 28th birthday), and we moved from an eighteenth century cottage (full of unrealised 'potential') in Cumbria to a rented Tyneside flat (that's one quarter of a semi-detatched house) in North Tyneside when I was about three months pregnant. You can see the downsides of this move but there were huge 'upsides' too - whereas before we were relatively isolated and could only get places by car, now we had a huge network of bus and Metro transport to get us anywhere our own feet or bicycles couldn't take us.
*
Until Son 1 was born I did quite a bit of work back in Cumbria, continuing part-time teaching while borrowing a friends' house in Brampton for a few nights a week. When I was approximately the size of a blue whale I landed a job in Meadow Well, the depressed council estate (yes, the one where there were riots) about 20 minutes walk from our flat. This was my first permanent contract as a Special Needs teacher and was a great experience, despite some quite specific problems at the school (cockroaches the least of them). I started work there when Son 1 was ten weeks old, working every morning and cycling home to collect him from his childminder every lunchtime.
*
The pattern of work continued when Son 2 came along seventeen and a half months later, and I got incredibly fit pushing the boys everywhere in their double buggy, and carrying them, one at a time, upstairs to our flat. The Tynesiders were open and welcoming, and full of love for babies and children - it was a fantastic place to bring up sons. People used to open up their tiny hands in the supermarket to push a pound coin in (checking first with me so that I knew not to let them swallow it!). It was a good luck thing for the locals but it was a mark of how much they adored children, too. Despite being blondes, our boys were very dark and colourful compared to Geordie babies, who were the whitest little people I'd ever seen. Viking blood is strong there!
*
We went to church a bit along the coast - when we moved there from Brampton people would say to us: 'So you'll go to Cullercoats, then?' We quickly learned that Cullercoats is a really big, lively church - if Methodists had cathedrals, it might be one of them. It really was a pleasant church, and I did all the usual things (for me) like joining the choir, volunteering for holiday clubs and helping Ben with some youth work. The church was so huge that it didn't seem to need us very much, which was great for people with a young family. Instead, I found myself very powerfully drawn by something I'd never been interested in before - issues of Justice and Peace.
*
A friend had given me a leaflet when I was newly pregnant - it was about Jubilee 2000 and the call to cancel Third World Debt. I'll be honest that my evangelical background told me to steer clear of campaigning and stick to salvation, but God was leading (pushing/shoving/dragging) me towards Jubilee 2000, so after a teeny crisis of confidence that's the way I went.
*
This was about the time that I stopped being 'faintly hippy', as I put it yesterday. North Cumbria was all about folk music (from our friend Donald the builder with his accordion to Maddy Prior in the fells to our north), floaty clothes and hand-made shoes (I got mine in Totnes - where else?). North Tyneside was NOT about these things. When a SEN pupil of mine asked: 'Mrs H, WHAT have you got on your feet?' I felt that it was time to move on from Conker Shoes (crafted to fit my feet) to blue suede trainers from the retail outlet in North Tyneside. I enjoyed being faintly trendy and slightly sleek for a while - after all, when I wasn't pregnant I was slim from all that carrying and pushing, and it was worth taking advantage of it! It was also probably quite appropriate as I became the media spokesperson for Jubilee 2000 North East, and had to look vaguely credible when interviewed by the media about Third World Debt issues.
*
We were a completely voluntary team of activists, many from local churches and charities, and 1997, '98, '99 and the year 2000 were really dramatic and powerful years of action on behalf of the world's poorest. You probably know that a significant chunk of debt was dropped by the G8 that year, and I hope you also know that the money the poorer countries stopped paying to us HAS been used for health care, education and other essential services in many, many cases.
*
So there I was, zipping around northern England with two babies and a serious case of Saving the World, and there Ben was, finishing his marathon PhD, which he dedicated to me and the boys. I get the book out every now and then (more often than he does, I think) and have a little snivel it at that wonderful dedication.
*
When he'd finished, he got a job (it's not so hard with a PhD) and we moved from cheery North Tyneside to Harrogate. 'You'll love it,' said a northern friend, 'It's like a little piece of the Home Counties moved up to Yorkshire'. Oh dear, I thought.
Posted by Floss at 1:15 PM

I've just been catching up on all your acrostic posts, and will be looking forward to the next post!
x

You know, I have no idea about life in England and the cultural aspects of it. Reading your stories is a treat -- I feel like we were there in your shoes.

We had a fab holiday in Cullercoats in August 1997 [and we worshipped at the Methodist Church] We may even have passed each other in the street!!!How bizarre is that?

Loving these autobiographical posts Floss - challenged to perhaps do some myself [but being 57 next week, there will be so many more years to write about people may fall asleep with boredom]

I am really enjoying this, Floss. It's so good to learn about what makes you, you!
Jane x

Another excellent chapter in your life Floss and so very interesting. You really have achieved a lot, I really admire you.