I is for Immigration

Yes, Juanita knew it was going to be 'I'! 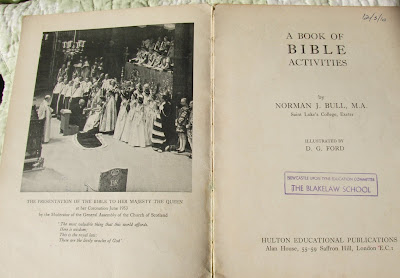 Yesterday I left our story when our boys were 1 and nearly 3, and Ben had just got a job in Harrogate. Leaving a tiny flat wasn't hard, but leaving North Tyneside was. We found ourselved a good-sized ex-council house to rent in Harrogate, and I spontaneously thanked God every time I walked into our kitchen - imagine having a proper kitchen again, and a table where all four of us could eat at the same time! 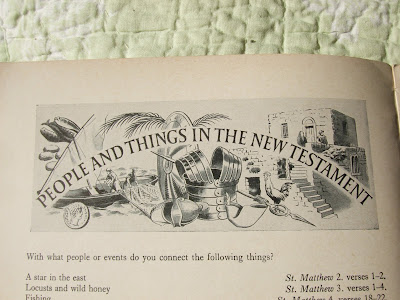 So Harrogate is the England that the boys remember - the fish and chip shop at the bottom of the road where we later bought a house, the easy walk to The Stray, where wonderful fairs and circuses would come and set up, and the mysterious dual nature of a town which is both Yorkshire and refined Spa Town. We had friends there who represented both sides of the divide, but our church was firmly in the 'nice' part, the majority (although not all) of the people living in whopping great houses and earning tons of money to keep up with the expectations of their neighbours. Apologies to my good friends from Harrogate who read this blog - you will realise that you are either proper Yorkshire or charming exception, and that's why I like you! Refined Harrogate was not my scene...
*
I guess it was a difficult time. Working (even if it's not every day) with young children isn't easy, and Ben would usually drop the boys off at childminder's or school on the mornings I worked, and I would pick them up from their childminder on my way back from the train station at around 6pm - I was commuting to York for the last few years of our time there. Looking back, admitting that it was hard would have been a good idea. I would have looked for ways to offset the hard stuff, instead of ploughing on as if it was all perfectly feasible and nothing to fuss about. I think it would probably have been possible to do my job and look after the family, but that adding in the things I did in church as well, I never gave myself a break and, instead, used to find myself mysteriously ill for weeks at a time - well, that was a clue, wasn't it? I resented not having any time and ended up subconsciously snatching it back with days in bed and never having any energy to do the housework. Not a good balance.
*
One part of Harrogate that the whole family loved was Harlow Carr Gardens, which happened to be near where Ben worked. My mum took to giving Ben family membership of the Royal Horticultural Society for each birthday, which meant that we could all get in, free, whenever we wanted. The boys had birthday parties there, and we walked there in snow, in rain, in wind and in frequent sunshine - I remember the hides where you could watch woodland birds feeding and the stream with wonderful flowers all around it. For all that my last paragraph talks about how hard I made things on myself, what happy memories I have of that place!
*
Spiritually, I got back into Jesus. You may think this is a most strange thing to say, but the time that I'd spent living and breathing Jubilee 2000 had given me a really good understanding of the Old Testament (Jubilee as freedom and release from debts is a Jewish idea, of course) and I knew God as the Just yet Forgiving Father really well through those years. But when I prayed I realised that I wasn't living with a fully balanced attention to God the Father, God the Son, and God the Holy Spirit. I read Tom Wright's excellent 'Fresh Looks' on the Gospels, and my Jesus, the Jesus who died to save me, really came back into focus in my faith. I also remembered that I couldn't do it all on my own, and that God promises the Holy Sprit as strength, guide and counsellor to all who ask, and at least partially learned again to open up to his leading, instead of imagining I could do it all myself.
*
It was in Harlow Carr Gardens, where Ben and I took to meeting up every Friday lunchtime, that we discussed our next, and biggest, move. Ben's job was safe but changing, so that the things he loved were no longer part of his work. He pointed out that the boys were 5 and 6, the perfect age to make a successful move to another country - if we left it much longer, they would never adapt to education in another language. Ben had been studying French in evening classes for years, to supliment his hard-earned O-Level (his parents used to send him to vaguely-known French farming contacts each summer, so that he would have to speak French and would learn enough to pass a language O-level, which was in those days necessary to get into university). Ben loved the food, wine and culture of France, and had gently got me used to the idea of a move to France over the years. When his job was going downhill, and he met the boss of a small French company at a conference in London, Ben put out feelers and discovered that this company would be interested in taking on a first language English speaker!
*
We talked and prayed about this through packed lunches and meandering walks around the beautiful gardens. Ben went out for an informal interview, and also applied for a few jobs in the UK. When one job in England nearly came up trumps, he phoned the French company hastily to see if they still wanted him. Of course they did! No, there wasn't anything in writing just yet, but they definitely wanted him... Gulp. So on this basis, which did get put onto paper in a rather vague way a little later, we moved out to Toulouse in January 2005.
Posted by Floss at 1:15 PM

And off to France we go.

I need to look up pictures of English gardens. I have heard that they are lovely in a proper English manner (whatever that means!), and judging from what you've described, English gardens must be much to be marvelled about.

There is much beauty in the words you've written here. It always interests me to learn how people decide to make big changes in the pathway that their lives might have taken.

(I write this as someone who somehow had lots of courage as a 21 year old, and have re-visited that decision-making bravery at regular intervals ever since.

My faith is deep, but not very aligned with any official church. I so enjoy reading your posts, even if I don't always leave comments.

A very Happy Easter to you and your family. xo

Another enjoyable post Floss, on the journeys you have made through your life. Looking forward to hearing more.

What a lovely post, just shows how life can change.