A is for Ambleside

I'm writing the third of my acrostic posts today - A is for Ambleside! While Ben and I were studying for our finals (I'd never worked so hard in my life) and preparing the details of our wedding, we also needed to think about our next move in terms of both work and location. Ben decided not to take a second degree in Veterinary Medicine, even though his grades were good enough - he opted to stay a biologist. I wanted to look into teaching, mainly because the Museum Education team at Exeter's Royal Albert Museum had been so helpful to me and influential in my late childhood and teens. I wondered if I could go into museum education, and so I prepared by going into schools and getting ready for a Post Graduate Certificate of Education. 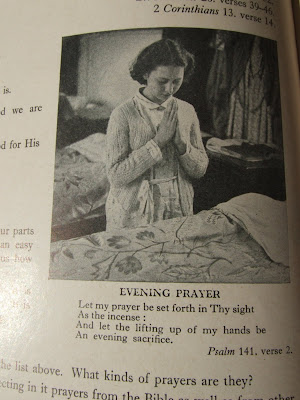 Ben didn't have any job lined up, so our choice of first home was mostly influenced by my choice of Teacher Training College. We scanned the map of colleges and spotted Charlotte Mason College of Education, in Ambleside, a market town in the English Lake District. 'What a good place to be unemployed!' said Ben... 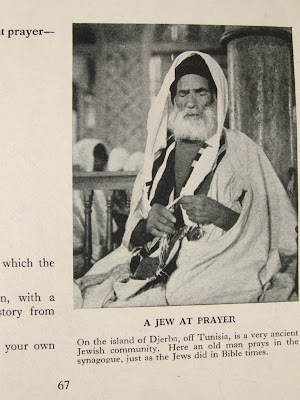 I got the place at the College, which really impressed me with its ethos (Charlotte Mason was an early education reformer with ideas in common with Montessori, who also influenced a lot of the early home-schooling movement). We found a flat, which the council was letting out to students - it was in Windermere Library, and had once belonged to the caretaker, and prior to that had been servants' quarters for the big gothic house. Quite a start! Following our wedding, we had our honeymoon (in the Lake District - booked before I got my place at college) then stayed with our parents until term started, and set up home in the Library Flat, Windermere, Cumbria. We shared the flat with Ben's elderly gerbil, whom I liked because he made companionable noises when it got quiet and spooky at night.
*
Ben was often out quite late at night, because he'd got a job with the College kitchens! He had to go in before lunch, I think, and serve, clean up, and then help get everything ready for the big evening meal. He learned a lot about how students can be arrogant and condescending to people who serve them, which was a salutory lesson to someone who'd only just stopped being a student himself. He got really good with a mop and also brought home loads of leftovers, and sometimes managed to provide extra food to any of the PGCE students who'd come in with me to eat in the canteen.
*
We were visited early on in our stay by a young nanny, who was part of the Methodist church in Windermere. Along with the students there were plenty of other young people in temporary jobs in the hotels and tourist trade, and we made up a group of young adults who met at the Methodist minister's home on a Sunday evening. We're still friends with that young nanny, who is now a Methodist minister herself!
*
Teaching turned out to be hard (I was too 'nice' to easily control a classroom) and rewarding (sharing enthusiasm is something I love)! Ben found a 'proper' job in the north of Cumbria (he was researching safe alternatives to sheep dip, which was a huge concern at the time) and did a weekly commute from Windermere Station until I managed to get my final teaching practice in the wilds of the north Cumbria fells, and could move up to join him near Brampton.
*
We stayed in Brampton for what felt a long time, and what an influential part it has continued to play in our lives. We made wonderful friends of all ages at the Methodist Church - children, teenagers, a few young adults like us, middle aged and elderly friends. We learned so much - whilst we were firm in an evangelical faith, we met other faithful Christians who, for various reasons, found the word 'evangelical' quite inappropriate to describe their own walk with God. We learned to be very wary of judging other peoples' faith, because the 'liberal' who apparantly doesn't tick all the essential belief boxes turns out to be the only person who visits a lonely old man each week, in a living example of the love of Christ... It was a real, and very diverse, Christian family, and what a debt we owe to them all.
*
I got a job in a tiny, two-teacher village school some way south of Brampton (all this is north of the Lakes, not far from Scotland). The head teacher was new too, and we had a wonderful time re-inventing the idea of a village school for the 1990s. I had a lot to learn, in terms of educational techniqes and also temper - maybe I wasn't so 'nice' after all! But I do remember those children fondly. I taught the 4 - 7 year olds, who are now all adults, of course...
*
My real failing as a class teacher was that I found the unusual individual far more interesting than the class as a whole. Thanks to the headteacher, we got a name as a school which would consider the needs of dyslexic pupils, and some parents moved their children to us. I began to train more and more in Special Educational Needs, and finally gave up the full-time work to train as a Dyslexia specialist. In the meantime I did part-time special needs and class teaching all round the Brampton and Carlisle area, and even did some work for our church, aiming to meet the needs of schools, young mums and young singers in the area.
*
I was so settled in the faintly hippy highlands of north Cumbria that it came as a terrible shock when Ben wanted to move on. He'd taken on a part time PhD at Newcastle University (look on a map - eastern England is really close to western England when you go that far north!) and wanted to study full-time, which would require a move. I could hardly believe it. How could it be part of God's plan for us to leave?
Posted by Floss at 1:15 PM

Well, blow me! I went to Charlotte Mason College too! Though before your time, when Teacher Training was a course in itself (3 years) and not a PGCE. Also, it was all girls! I lived in college accommodation, Springfield House, which was on the main road, opposite the college.

Unlike you, I really hated being there,and was glad to leave!

Feeling settled and then having to move again! I know that feeling too well.

Wonderful reading Floss, you tell it all so beautifully.

I too have found marriage to be a Moving Experience!!!

You are a wonderful teacher....I can tell just by the way I hung onto your every word.....wonderful!

How interesting it is to hear your story. I await the next instalment with interest. Dormouse x

Floss there are so many interesting things in your set of acrostic posts, I don't know where to begin commenting!!
I like very much your view of a person who doesn't 'tick all the boxes' but acts out the love of Christ,.
I went to a teacher training college (Keswick Hall) near Norwich,
and remember considering Charlotte Mason as an option. Also, we got married two weeks before my Finals, to the surprise of my friends! What silly timing,... but 'l'amour nattend pas'....it turned out to be very 'NOT silly' but lovely :)
Happy Easter if we don't 'see' e. o. again this side of it!
Keep up with the great posts!
xxx Alex/ Hazelnut