A Pause in Lent - Routines and Rituals, Part 1

I'm a Nonconformist, by nature, nuture and religious tradition. 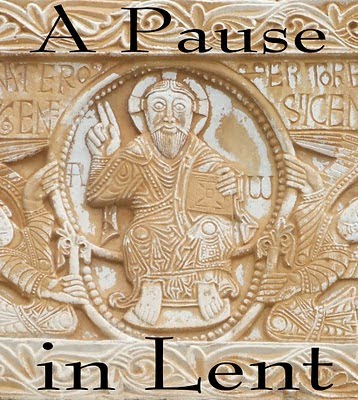 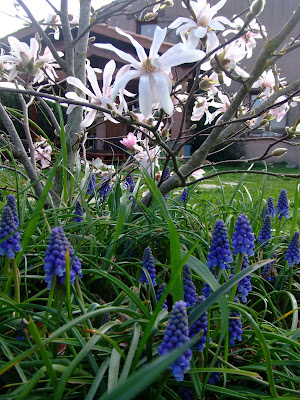 My parents brought us up to challenge contemporary wisdom and to think for ourselves. It was odd, that as very 'establishment' people, they managed to do this, but now I look back on my mother's life, I think I can see a very strong streak of protecting us from people who would make us conform to outside influences. 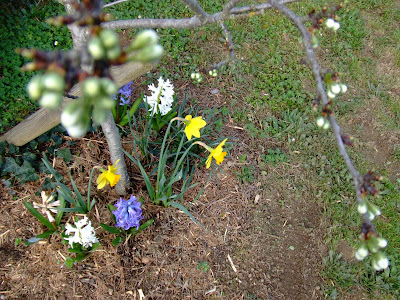 And by religious tradition, my mother's parents (who lived with us) were Welsh Nonconformists and fiercely proud of it - my grandma had been a Calvinist preacher in the Welsh valleys of the 1930s. They joined the Methodist church when they left Wales, and so we were Methodists too. 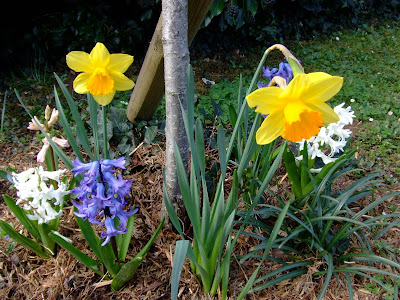 All of this nonconformism matches my childhood experiences - some of it is really positive and some of it is absolutely stupid! The positive stuff is a real emphasis on personal knowledge, understanding, and committment, of and to Jesus. The silly stuff is exemplified by my grandmother's refusal, all her life, to attend the supurb Methodist Convenant Service, because 'It Comes Out Of A Book'. 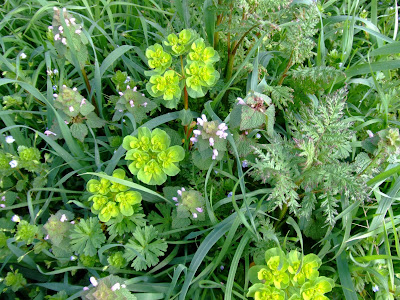 So this is what brings me to Routines and Rituals. My nonconformist nature (small 'n') means that I spent my entire life hating to be constrained by routines such as rotas for household tasks, and as a consequence I have lived in a messy house nearly all my life up to a few years ago. Our home is still messy by some people's standards, but not by ours, so that's what matters, I've finally twigged. 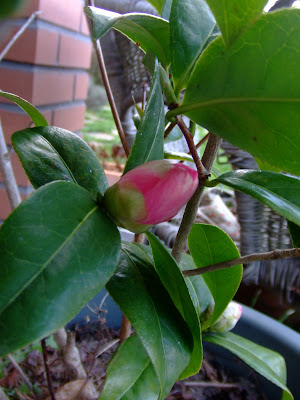 My Nonconformism (capital 'N') taught me that the noun 'ritual' had to be prefaced by the adjective 'empty' or 'meaningless', because a relationship with the Living God was new every day, individual to each believer, and could not be replaced with ('meaningless', 'empty') repeated habits of worship. 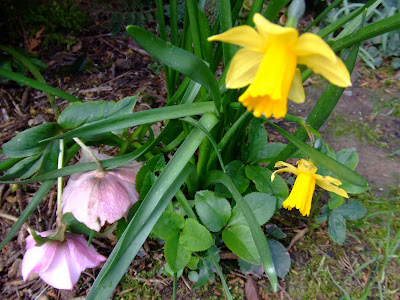 I imagine you've noticed that both of these are on the 'silly' side of nonconformism? Whilst true, they are only part of the truth, and paint the idea of 'rituals' and 'routines' in their most negative light. In fact, both household routines and spiritual/religious rituals are part of a happy discipline that keeps me going though good times and bad. 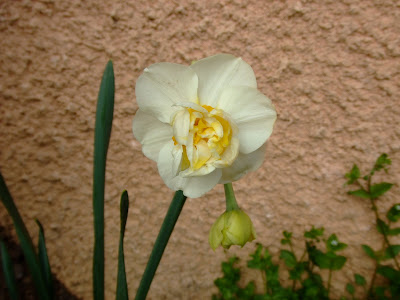 This last week, when I had a migrane and the boys were struggling under mountains of homework, I felt so happy to face a basically tidy house because I'd kept up to date with some daily household routines even when I didn't feel like it. Letting the work really pile up (obviously it did a bit...) would have made me feel far worse. 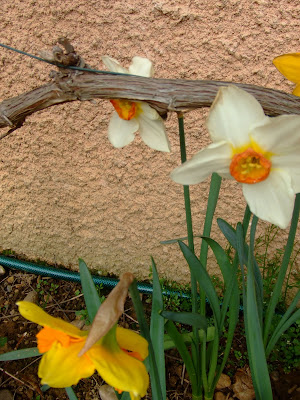 And I hardly felt spiritually top-notch either, but because I have a routine/ritual of thanking God for five things each night in my Gratitude Journal, and because my Lent book has daily readings simply set-out, I kept on going with these things too. It wasn't either my Cleanest or my most Godly week, but both cleanliness and godliness kept on going thanks to the fact that I've overcome much of my fear of routines and rituals. 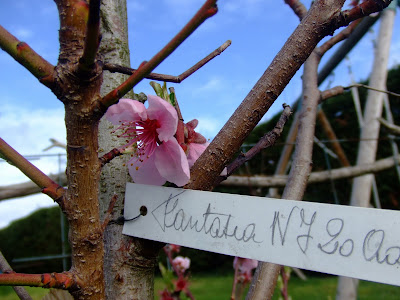 And finally...
j
"Cleanliness is next to Godliness..." 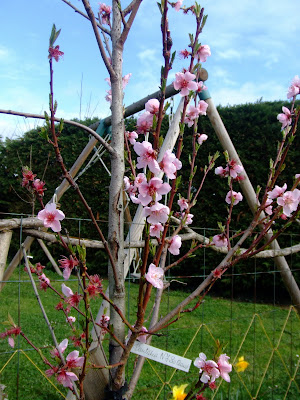 "But only in a very abridged dictionary!"
Posted by Floss at 2:35 PM

Isn't it strange - I was brought up as a Methodist as well, but when I went to a (CofE) training college I fell with delight into the world of rituals. I loved the familiarity and comfort of the words of the Eucharist, and they never felt "ritualistic". Back in a non conformist setting (when I go, that is!) I find I miss the words of the service book.

But I could probably do with a more disciplined approach to prayer. I like the idea of a Gratitude journal. How have you found it helpful?
Thanks for the Pause In Lent. I am enjoying being part of it.

Another non-conformist/Methodist eh?! I think there is a place for both ritual and off the cuff sort of religion and whatever suits a person and ties in with what they believe is fine as long as they also allow others to differ in their outlook. My mother's brother was a Methodist minister and his son went on to be a Cof E vicar so we have both in our family.

Isnt it interesting that we all come from different directions.....yet meet at roughly the same place.

(Wonder if you received my email, Floss?)

You would probably enjoy worship at our church, Floss, there is a loose structure, as in we all turn up, sing and finish at a given time, but the service is so spontaneous, we pray out loud - shout out whatever we need to- we have set parts of the service to encourage this - different people preach - lay preachers, housegroups, not only our pastor, we have special needs people (deaf people and two people who sign for them), people in wheelchairs who I personally like to spend time with and downs syndrome, aspergers/autistic people who may feel the need to jump up and down and shout, or come up front and pray - I am sure you get the idea. By contrast at home I am an obsessively organised tidy person maybe because my mother was the opposite - something like a bag lady who hoarded junk! There's room for us all in the world us odd bods!

I was brought up Methodist, then ended up via an Anglican church in an even more non conformist church and now have a very love/hate relationship with routine and ritual...made more complicated by having two children on the autistic spectrum who absolutely thrive on routine!

BTW, my post is likely to be late this week, possibly tomorrow as I am not very well and not sure I can string the thoughts together into words. Hope that is ok.

Thankyou for sharing with us.... I am still working hrough my feelings on how I feel comfortable practising my faith, after joining you last year - It has really made me address my beliefs...

Brought up in freechurch/pentecostal worship, I am now reading about Quakers, and continue to feel that I need to find a place to worship...

What a thoughtful post. Thank you for popping by today and leaving a comment. You did make me smile! There is something very comforting about tapestry cushions that does shout of the past.

Interesting, Floss. As I get older (it's fun!) I find myself sorting things out that were very hard to sort out when all four kids were home. I made very silly lists of hoped for accomplishments and whipped myself with the guilt whip on a too regular basis. Artists tend to be mood driven and I've accepted that about myself, but I DO want to be love driven. Now I don't adhere to a strict routine but I do allow some routine to motivate and encourage me. My mother survived by routine (politician's wife, mother of five, volunteer extraordinaire) but our life of ministry was always erratic. We survived. So, maybe now more than ever, I live in surrendered anticipation.

Well, I, was distracted by all the pretty flowers! I have had to scroll up & down & back again just to look at them all. How delightful. I do so love grape hyacinths..one sniff & I am back at primary school age & in my Nan's garden. I adore that double daffodil of yours! & never tire of seeing blossom...funny how it ALWAYS comes in pretty colours no matter what the resultant fruit. Hope you have a better week dear Floss (no migranes allowed). Much love Catherine x