Ben's always loved the idea of going camping on his birthday weekend. 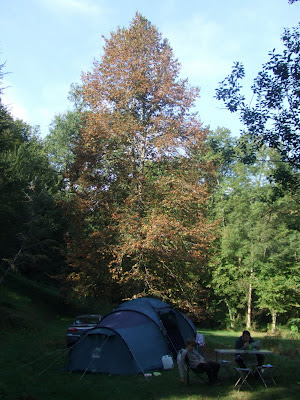 When the boys were younger it used to be exhausting for them, and we stopped after a few attempts, but now they're big and strong and setting off after school and setting up the tent seems to be no big deal any more. 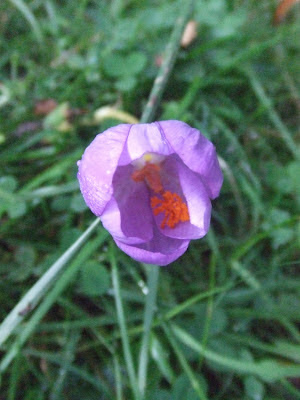 We stayed at our favourite campsite in the Ariege, where the flora is a bit different in the autumn! 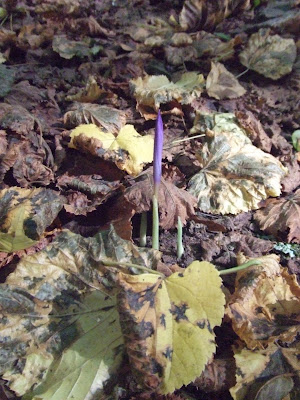 Autumn crocus flowers stick their little green spikes up through the damp grass or the leaf mould every morning, and purple petals slowly unfurl as the sun strikes them. 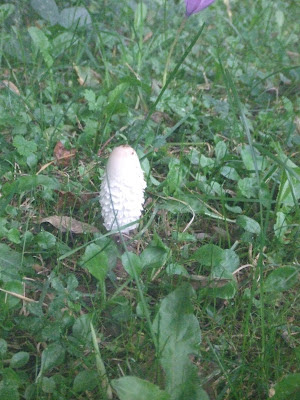 Son 1 got very interested in photographing the fungi which surrounded us, and we foraged for hazelnuts, walnuts and blackberries, although we didn't take any photos of those as we were too busy eating them! 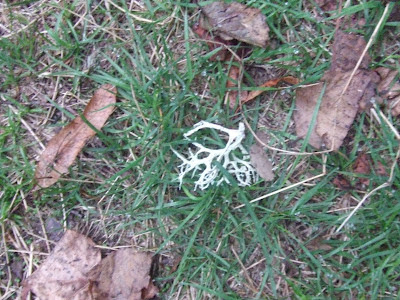 On the Saturday morning, the boys lolled around the campsite (freedom!) while Ben and I headed up the hill opposite, following a track Ben had discovered a few years ago. 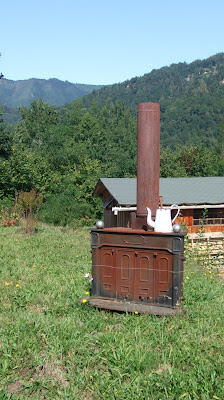 The Ariege is a wonderfully quirky, alternative/vintage sort of place. 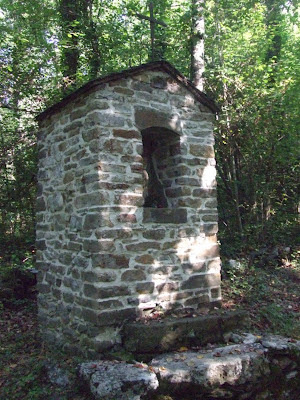 The walk took us past a dissenters' graveyard (unlike similar groups in the UK, these Christians were refusing to worship in Napoleon's state church) and a little shrine to a saint who may be as much a pagan memory as an actual Catholic personage. 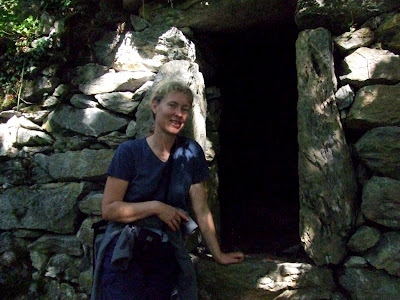 There was a tiny, dark shepherd's hut, which seems to have been used within living memory. 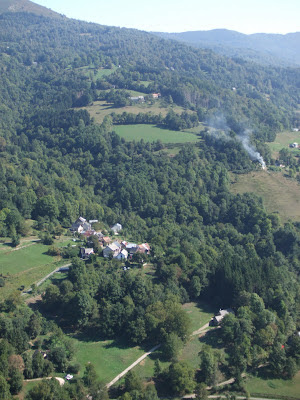 And then we burst out of the shade of the trees and up to the little peak, looking down over the village of Biert and towards Massat. 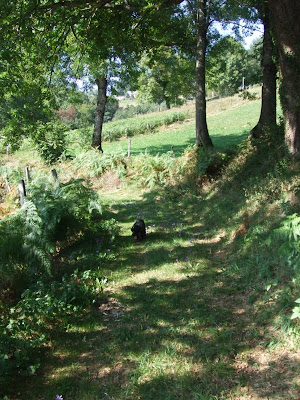 In the afternoon the boys and our increasingly elderly Raja joined us for a walk around some hillside farms and hamlets a few mile further away. 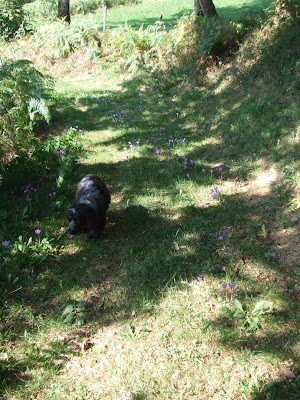 Raja had the time of her life, sniffing among the autumn crocuses and in the very best of company. 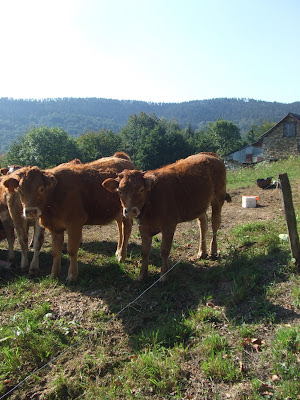 We saw some of the culprits who attempt to keep us awake at nights with their traditional mountain cowbells. You have to forgive them when they look this cute... and anyway, after those walks, nothing stopped us from sleeping! 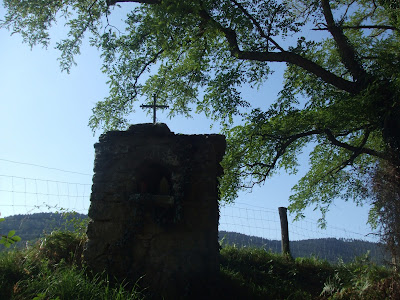 It was a really wonderful weekend away, a beautiful break from the term-time slog, and a reminder of family holidays past and those yet to come.
Posted by Floss at 10:49 PM

Such a nice birthday tradition. I remember taking the children when they were young..not so much fun. It is so much better when they are older and can do for themselves more.

It would be hard to be mad at those sweet cow faces.

Have a great week! xo

How lovely to get an autumn camping trip - I hope the birthday boy enjoyed it :) The location looks gorgeous :)

We were hoping to get away as a couple this weekend in Bertie for our anniversary but the forecast isn't looking good :(

Arent there some lovely places in France to explore. You found a beautiful campsite.

It looks like a very beautiful spot...I dont camp anymore....but have incredibly fond memories of great adventures in gorgeous places. This one looks like a place to return to many times.J.

What a nice trip. So pretty and I enjoyed seeing that "shrine"...

Lovely autumn photos, Floss. It is such a special part of the world and you seem to be making the most of your time there.

I guess it's still warm and less humid than year for camping at this time of the year.
That (apparently) abandoned stove looks very interesting!
x

How lovely - and we can share it with you! I hope everyone had a really enjoyable time.