On Saturday, various science teams decided to bring their entertaining and educational science workshops from the city to the countryside. 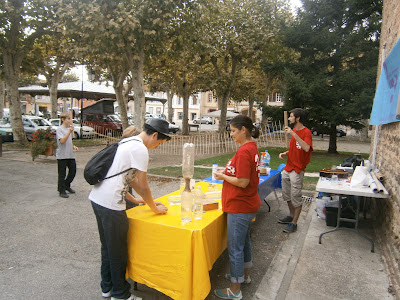 The boys and I, plus friend, headed off to the incredibly pretty village where the groups had set up their stands. 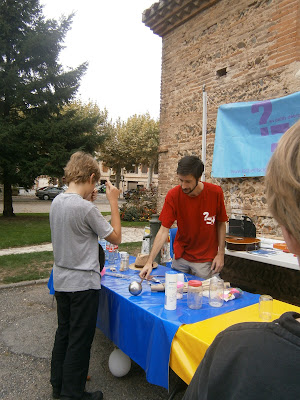 The three boys were probably the only teenagers there - a smattering of smaller children and their families also attended but I think that advertising could have been better. 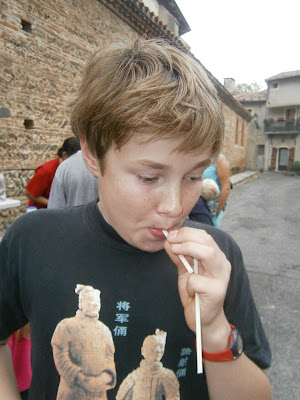 The three photos above are our boys experimenting with sound and water. 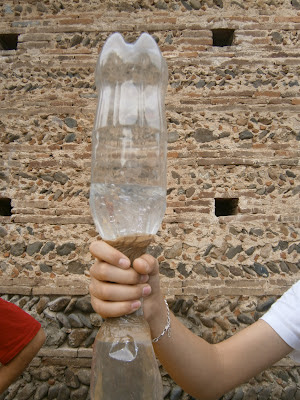 Which is better - the photo of the mini-whirlpool Friend 1 created, or the fantastic church wall behind it? 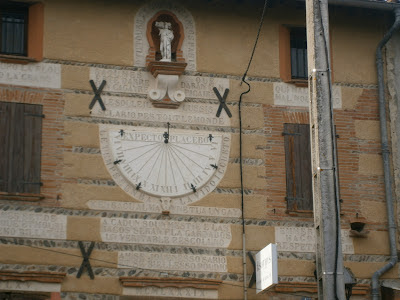 There was an even better location around the corner, for a chap who was demonstrating sundials! 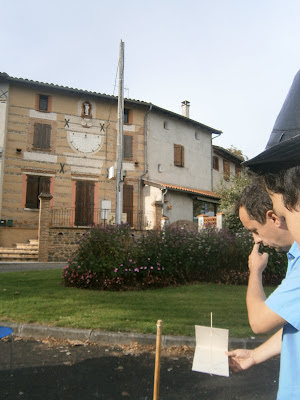 The boys all found it fantastic - they are variously studious/trendy/easily distractable, so capturing the interest of all three was a real coup for the science teams! Next post: architecture in the village, conkers and cats...
Posted by Floss at 10:26 PM

It is great that your boys are contributing to life in the village.
I am sure they brought joy to all who attended

Serious lack of conkers here- honestly. For the first time in the fourteen years we've lived here there is not one conker to be found. I really am wondering if it's the effect of another cool,damp summer. Maybe your Science boffins could work on that- field trip required!!

Sadly teenagers are hooked on laptops, smartphones and videogames nowadays. So well done you for educating them to different stuff!
x

You are leading such a fun, adventurous life! Your sons will appreciate all that you have allowed them to experience as the years go by.