I've enjoyed reading your comments and guesses, and have a tiny bit of time to tell you more about our travels, and some newly arrived travellers who have been even further than us!

I'm not going to make it too easy, though - here are some photos to go with my original clues:
"We left France and camped by the sea..." 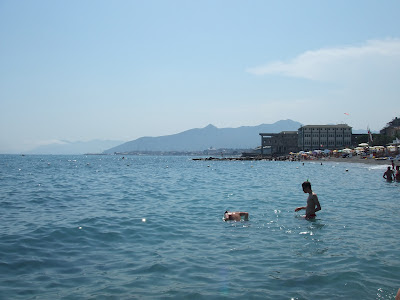 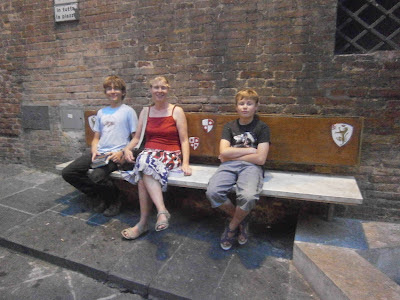 "Next on the banks of a mighty river curving around an ancient city..." 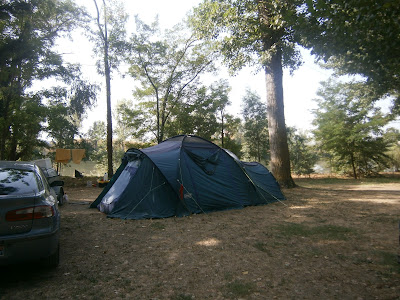 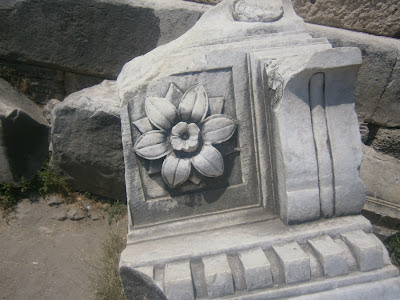 "and finally stayed in the mountains near a second sea..." 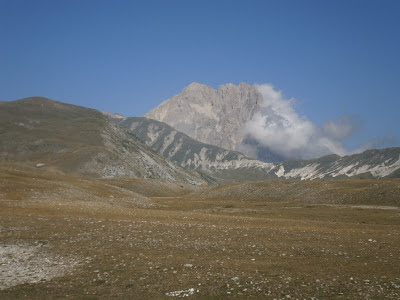 So those are my clues, and now, those charming Willows have arrived and have been sunning themselves on the banks of our less mighty, but equally warm, river: 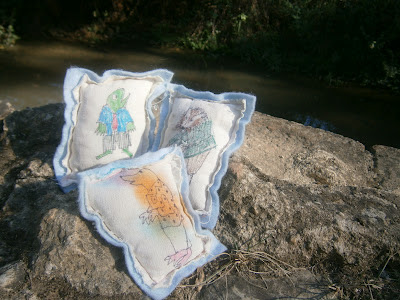 More on them, and on our travels, later! Can you guess where we went, yet?
Posted by Floss at 6:09 PM

Floss, I'm guessing Mediterranean, somehow on to Rome, and over to the Adriatic! But I am so relievd to see the Willows Wanderers, after my organisational debacle especially! Thank you, thank you, thank you for having them, and I so look forward to their French adventures!!

I'm rubbish with geography so won't even guess. But where ever you are, It's beautiful! xx

I'm too brain dead from the first week of school (well actually it's just the preparation week) to guess! I love the photo of you and your boys, Floss!
I'm so happy that the Willows have arrived and are safely in the Troc, Broc and Recup fold!
Can you email me when you start thinking about sending them on to Australia? Keep them as long as you wish.
The Provincial Housewife has a new address. That's why.

I'm guessing Italy, too. We're traveling and I haven't been checking my blogs much, but have a few minutes this evening, so I'll go back and see what you've been up to.

I hope you're having a wonderful time, wherever you find yourself.

I must have caught a glimpse of your Facebook update... And the picture of you 3 on the bench confirmed it for me that it is somewhere in Italy. As for the exact location, I have no clue! :)

I wondered if it was Dubrovnik way...which is very like Venice, as it was once occupied by the Venetians. But as Katie said, it looks beautiful. I love your photos and I'm glad the Willows Three made it safely to you.

Well humph, the photographs don't give very much away, do they? Tehehe, I still have no idea. go on, put us out of our misery.

glad the willows three are safely with you